I am thy father’s spirit,
Doom’d for a certain time to walk the night,
And for the day confined to fast in fires,
Till the foul crimes done in my days of nature
Are burnt and purg’d away. But that I am forbid
To tell the secrets of my prison-house
I could a tale unfold whose lightest word
would harrow up thy soul…
–Hamlet, I:5

I see death around the corner
any day try to keep it together
no one lives forever anyway,
struggle and striven
my destiny’s to die
keep my finger on the trigger
no mercy in my eyes.
In the ball of confusion I think about my daddy
Madder then a motherf—er. They never shoulda had me…
(Tupac, Me Against the World, track 15).

Myles, an intelligent and talented student taking his journey to leadership in the way of Henry the Fifth. Adam, an intelligent basketball leader, is a “fish out of water”. He’s the only white student attending Crenshaw High School. This coming-of-age journey reveals Adam’s struggle in maintaining his identity. Also, like Henry the Fifth. Joanna (Hamlet), an attractive 17-year-old foster child trying to deal with the horror of rape, incest and emotional imprisonment.

Emmanuel and Estephany (Romeo and Juliet), their families extremely dislike each other but the teenage couple continues to believe that their love will prevail.
RAPPING WITH SHAKESPEARE also examines how a popular English teacher, Andy Molnar uses the students’ popular culture, hip-hop/rap to access Shakespeare… He teaches how the lyrics are put together poetically and how it involves urban themes to form cultural and social identities – themes that inspire and provide a bridge for students to learn classical literature.

RAPPING WITH SHAKESPEARE is a colorful, compelling and dramatic tale of the young people of Crenshaw High School as they struggle to achieve their dreams while coping with the universal teenage problems of violence, sexual relationships, insecurity, loneliness and embattled, mercurial identity.

The film opens with the narration of the ghost-like muse (Myles Thompson), which encourages the audience to unleash its imagination.

The visual style merges the acts of showing and telling, from the teacher Andy Molnar’s Shakespearean and hip-hop/rap lecturers inter-cut with the dramatic interviews and stories of the students’ lives.

The film filled with music, overflows at each corner of its loosely unfolding narrative with inspired music that seems to burst forth spontaneously out of sheer irrepressible emotion. 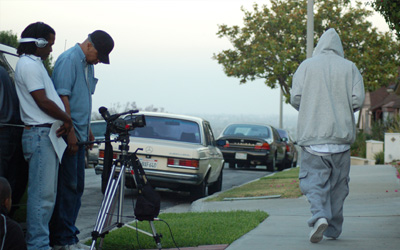 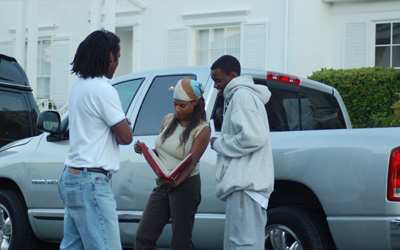 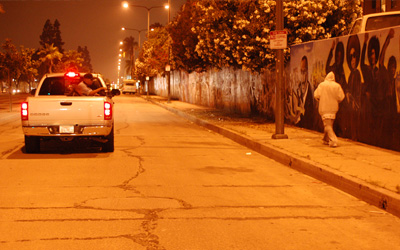 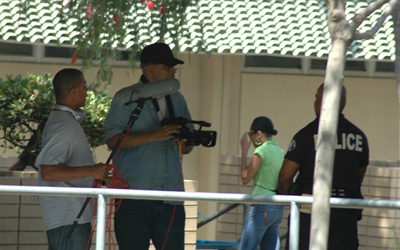 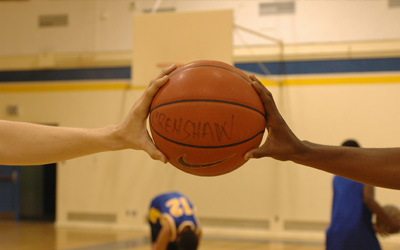